A Force in the Community

Since its creation, the Nike Air Force 1 has been lifted up by the communities in which it exists. As the story goes, it was actually an amazing community of sneakerheads in Baltimore that helped save the now-iconic shoe from being discontinued just two years after its initial release, in 1982.

Over the years, that community connection has only gotten stronger. The AF1 has become a symbol for hustle and hard work, a white canvas for expression and a shoe for everyone. It is constantly evolving to better reflect the people that wear the shoes and the myriad of cultures they represent. And Nike continues its commitment to unite the world through sport to create a healthy planet, active communities and an equal playing field for all.

These days, we’re looking directly to the leaders who are making a difference in their communities every single day, those who are empowering kids to reach their full potential through play and sport — from super stars to unsung heroes — for inspiration across the brand, including in the latest designs of this signature Nike style.

New AF1 shoes being released during Holiday19 have been influenced by diverse community around the world and the inspiring game-changers who live there. Here are their stories.

Community Inspiration: The AF1 Shadow gives a strong nod to women who are stepping up as role models in their communities and helping kids — girls, in particular — see their true potential through sport and play. Its latest campaign features three incredibly inspiring female coaches across the globe who were recognized as stand-out leaders by the Nike Social and Community Impact team. They are each a force in their communities. Meet them below. 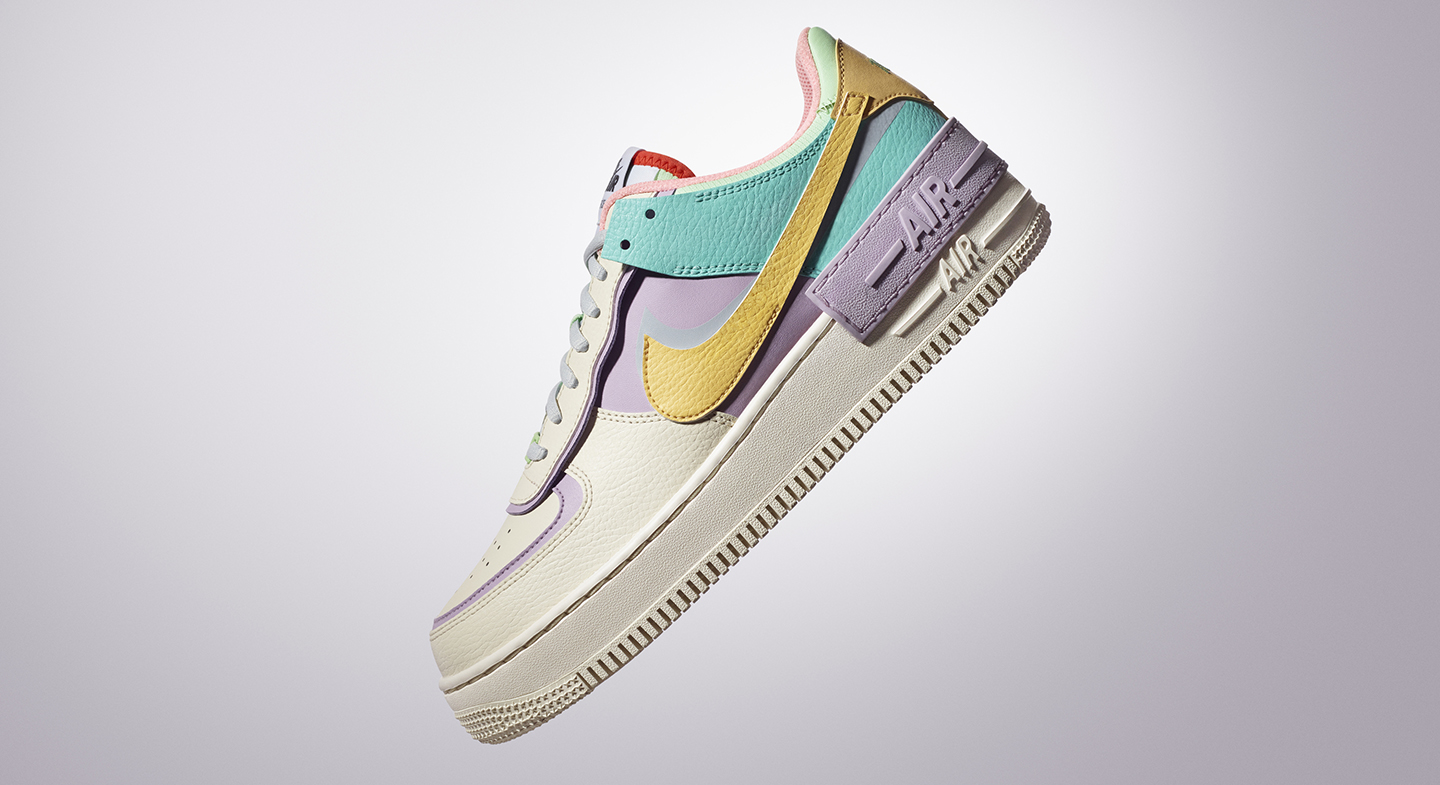 As a dance instructor at The Movement Factory in London, Asa shares the healing power of movement with girls in her community and encourages them to use the sport as an artistic method to find their voice and strength. “For me, dance was a way to express what I was going through, and I know it can help girls push through, too,” she says.

As a basketball coach and program manager with PeacePlayers in Brooklyn, NY, Sally uses the power of sport to boost the confidence and potential of girls in the underserved Brownsville community. She personally immigrated from Nigeria to New York when she was a kid and found solace and support in basketball. “Sport opened doors for me that I never knew were possible. It also instilled a work ethic and drive to continually improve, lead and motivate others,” she says.

As a pro boxer and trainer at Transformación Social, A.C. (TRASO) in Mexico City, Dulce is teaching kids in her community that they can be champions no matter what their size, age or gender. “Boxing has taught me perseverance. I think it also helps girls learn how to become more independent,” she says.

BE A FORCE IN YOUR COMMUNITY

At NIKE, Inc., we’ve partnered with more than 90 community organizations around the world, including those mentioned above — The Movement Factory, TRASO and PeacePlayers — to support play- and sports-based programs for kids … and the coaches who lead them. Join these incredible women and become a force for good in your own community: Take How to Coach Kids, a free online training developed by Nike and the U.S. Olympic & Paralympic Committee, which features the newly launched course, Coaching Girls.

View All Topics
Why We Need Trained Coaches
Coaches can make – or break – a kid’s experience with sport. At Nike, we’ve supported training for nearly 100,000 volunteer coaches around the globe. Here’s a look at the research into why training coaches is so crucial to kids.
Learn More
Breaking Barriers Through Sport
Every generation, athletes come along who are not just forces on the field, but drivers of global social change. Chris Mosier — the first transgender athlete to make a men’s U.S. National Team — is one of those athletes. Hear his story in the new documentary, The Chris Mosier Project, made in partnership with a Nike Pride grant.
Learn More
Don't Change Your Dreams. Change the World.
One coach is all it takes to start reversing the physical inactivity trend for kids. Meet the global change-makers inspiring others to take action and encouraging kids everywhere to dream bigger, brighter and further.
Learn More